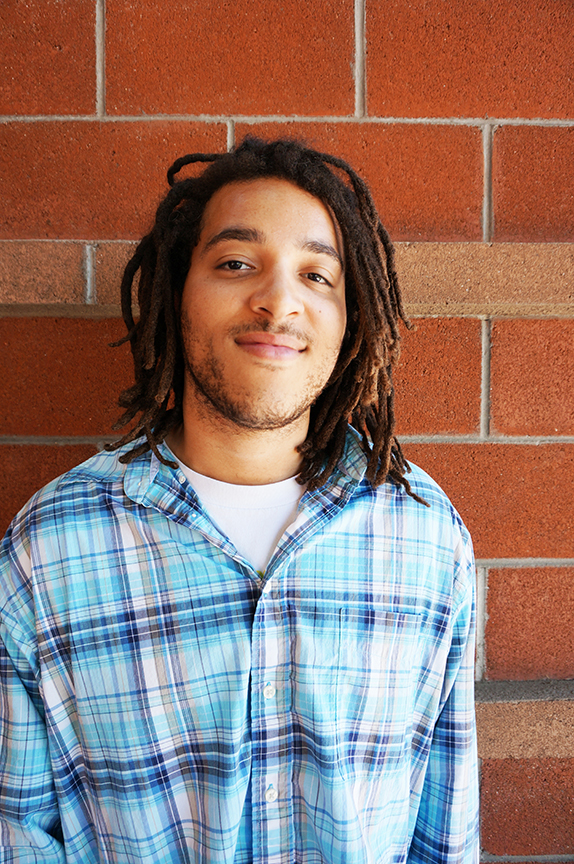 Colin has been involved in the community at Phoenix Center for the Arts for an impressive seven years, starting as a volunteer for the summer program when he was just 18 years old. Outside of his time at the Center, he has assisted with the After School program at Khalsa Montessori and recently completed his Bachelor of Fine Arts at ASU. He hopes to continue his education and pursue an MFA.

One of his current personal projects as an artist was motivated by a DNA test that revealed which countries in Africa he is descended from, leading him to create a series of paintings and drawings inspired by those countries. While Colin has spent a great deal of time at the Center, some of his favorite memories stem from seeing our campers out in the community, where they regularly greet him and express thanks for the fun he has contributed to their summers. That feedback had made him realize how he is contributing to other’s lives through his work.

When asked about his favorite part of managing camp, he explained that he feels that “there is nothing more therapeutic or self-fulfilling than making art.” When a camper completes a project he gets to share that satisfaction. Here are some of his feelings about the community here at the Center:

What do you think makes Phoenix Center for the Arts such a great place to be?
“The Center is great because of the people that come here. It’s a community. From what I’ve seen, everyone from the employees to the people that attend classes here have a genuine passion for the arts. They care. I personally believe that the arts don’t get the attention they deserve, and places like the Center help fill that void.”

What do you think Phoenix Center for the Arts will look like 10 years from now?
“I feel like 10 years from now the Center will be an expansion of what it is today. Every year that I’ve been here has been an improvement upon that last. My vision for the future of Phoenix Center for the Arts is that it will not only be a staple in the community of downtown Phoenix, but all of Metro Phoenix.”