“Once Upon a Bachelor” Production by CaZo 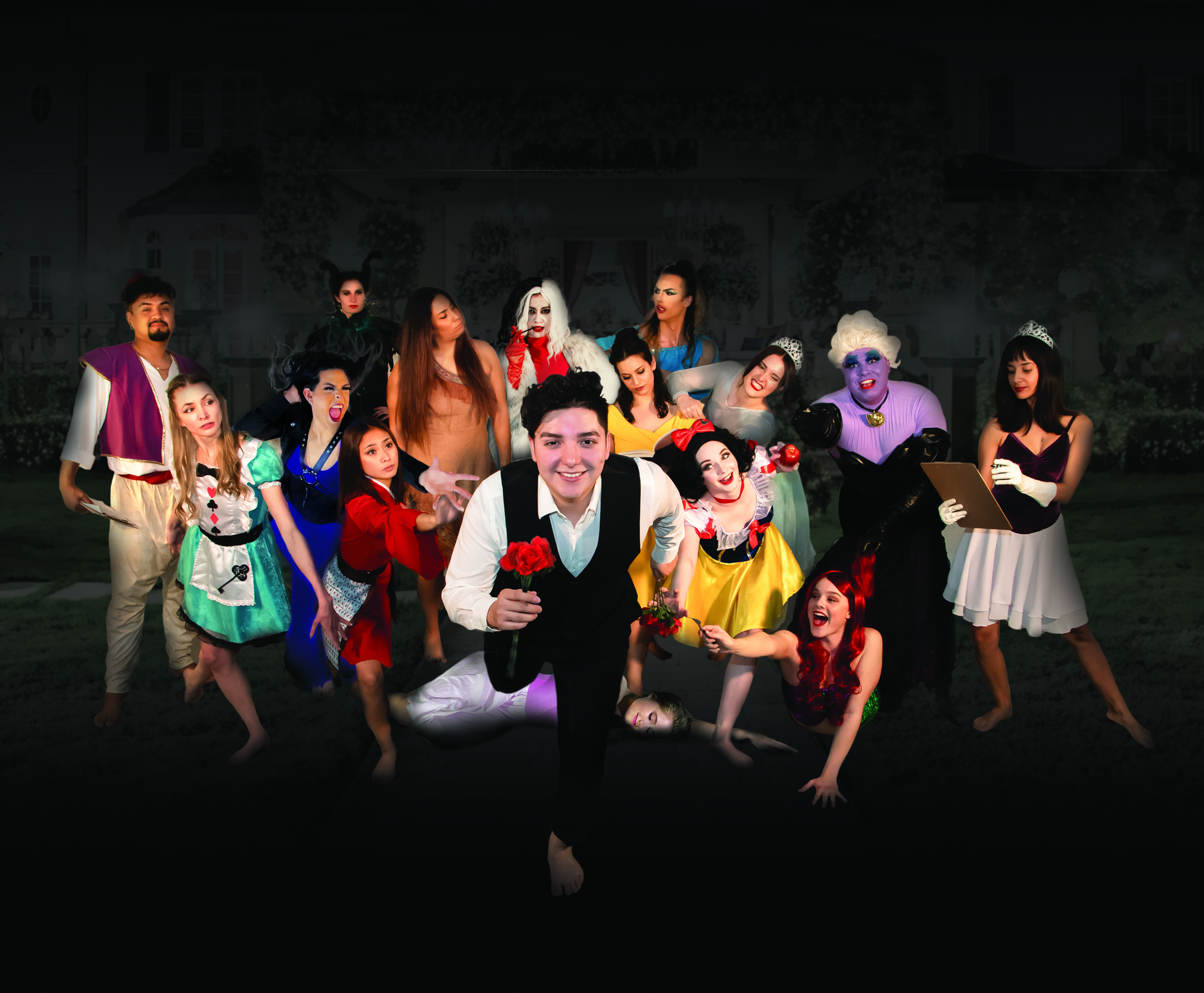 A ‘choose your own adventure’ love story with a bit of magic.

Phoenix Center for the Arts is hosting CaZo Dance Theater once again for their newest production in the Center’s Third Street Theater. Closing out their eighth season, CaZo Dance Theater presents a whimsical dance comedy featuring their core and apprentice dancers in a “Bachelor” parody featuring fairytale characters.

The concept for the show was created years ago in pre-pandemic times and has been an ever-growing project contributed to by founder and head director of CaZo, Bridgette Borzillo, and the core members of the CaZo Dance Theater.

The casting process included the students enthusiastically picking their own parts and developing the show as a joint effort. “This has been a full collaborative project. And it’s been really fun to kind of see their artistic, creative side and their acting skills come out,” said Borzillo.

The Audience Writes the Story: Who will you choose?

As the show progresses, the audience will play an important role in the plot. The crowd each night will choose who receives the bachelor’s roses throughout the production.

There are over 20 possible outcomes of the show leaving for an entirely unknown ending for both the audience and the cast. Due to multiple plot lines and alternate stories occurring, the cast has rehearsed alternate endings in preparation for all performances.

The show’s dance numbers will feature a variety of jazz, tap, ballroom and modern contemporary. The choreography was also a collaborative effort between Borzillo, her brother and the cast of the show.

The show starts the moment you step through the door. As a staple for the company, the thrilling pre-show experience includes live performances and a video element to set the tone for the rest of the production. Throughout the performance, both live and on-screen components will tell the story.

“There’s something happening all the time,” said Borzillo. The show also continues during intermission, continuing the show’s theme and encapsulating more character elements.

This upbeat romantic comedy is a change in tempo from CaZo’s previous couple productions that took a more serious tone. The original idea of alternate endings and heavy audience participation is the first of its kind for the Center.

How to get tickets

The company is offering a show bundle in order to get multiple show experiences, since all performances have a different outcome and plot. Catch this season of the bachelor that is never the same on April 22 & 23 at 7:30 p.m. at the Third Street Theater at the Phoenix Center for the Arts. For more info, visit https://cazodance.com/performances/.

Don’t be Scared to get Involved in the Phoenix Art Community!

Gallery Exhibitions through the Years: Past, Present and Future Artists of the Summer