Gallery Exhibitions through the Years: Past, Present and Future Artists of the Summer  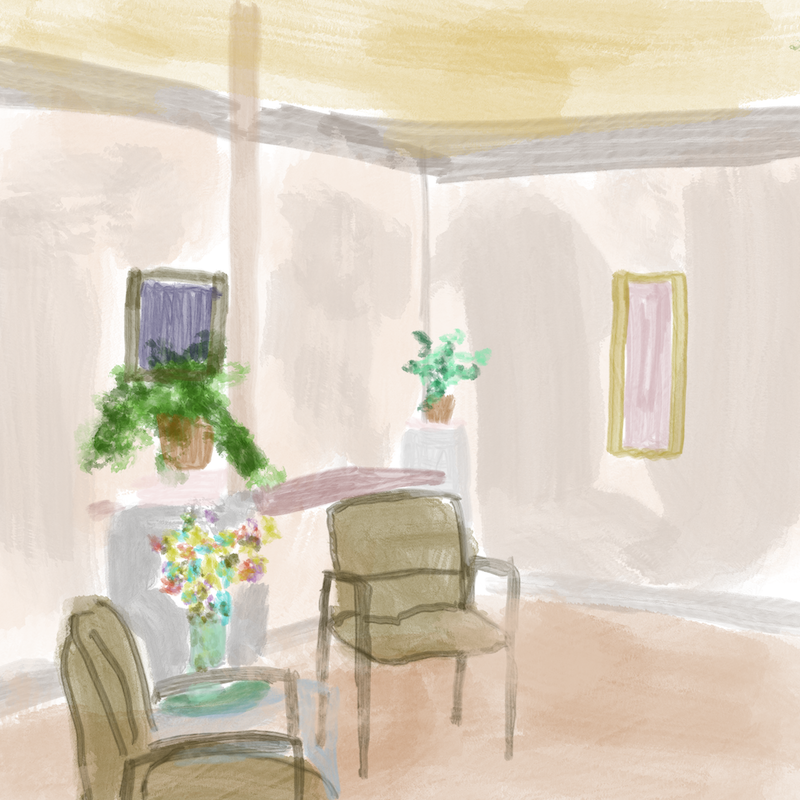 In celebration of our Larry Wilson Gallery space reopening this summer, we felt it was important to honor previous artists that have occupied the space, are presently in the space, and those who are upcoming.

During the summer of 2018 the Larry Wilson Gallery held multiple exhibitions. The first artist was Stephanie Passantino, her show titled Fumetti for the Mothership was a photo-comic which explored how different visual sequences can result in different perspectives. Passantino’s photographs were paired with poems from Colleen Louise Barry.

Maria Nancy Thomas had her work alongside Passantino’s. Thomas is a Mexican and American artist whose photography depicted the struggle of feeling torn away from Zacatecas, Mexico in her early years. Through her work she is able to express her internal conflict of not feeling fully accepted in either Mexico or America.

In June 2018 Saretta Morgan’s show Hereafter Surfaces and Soft Projections took over the space. Her show consisted of photographs showing what it looked like for Black Americans to exercise legal freedom and citizenship within the United States.

Lastly, in August 2018 we held In the Moment, A Part & A Part by Bill Goodman. Goodman is a photographer from Arizona, whose style of work can be described as raw and revealing black and white photographs.

In the summer of 2019, Artist Floyd Galloway showed his work in the space. He grew up in Rockford, Illinois but has lived in Arizona for many years. His hometown of Rockford has seen a lot of adversity and struggle, yet continues to remain a huge inspiration for his work.

The second show of the summer Reflective Threads took place in June and featured artists Cindy Dach and Jack Evans. Dach is a published writer and embroidery artist. Her work was paired with Jack Evans’. His most recent work is a book of poems titled Rain Is The Hourglass of Memory.

The exhibition currently in the gallery space is called Depth and Soul by artist Rhonda Carter. Carter is a mixed media painter. Her work is inspired by the places she’s been, her experiences, the people in her life and nature. You can see her show in the gallery Wednesdays through Saturdays until July 26.

Upcoming shows include Invariably Cool by Leondard Wilson (August 1-29) and Subtle Perceptiveness is a Power by Don Robinson (September 1-27).

We are so excited for what’s to come this year, we hope to see you all at our First Friday gallery openings or during the regular gallery hours!

You can visit our gallery page here!