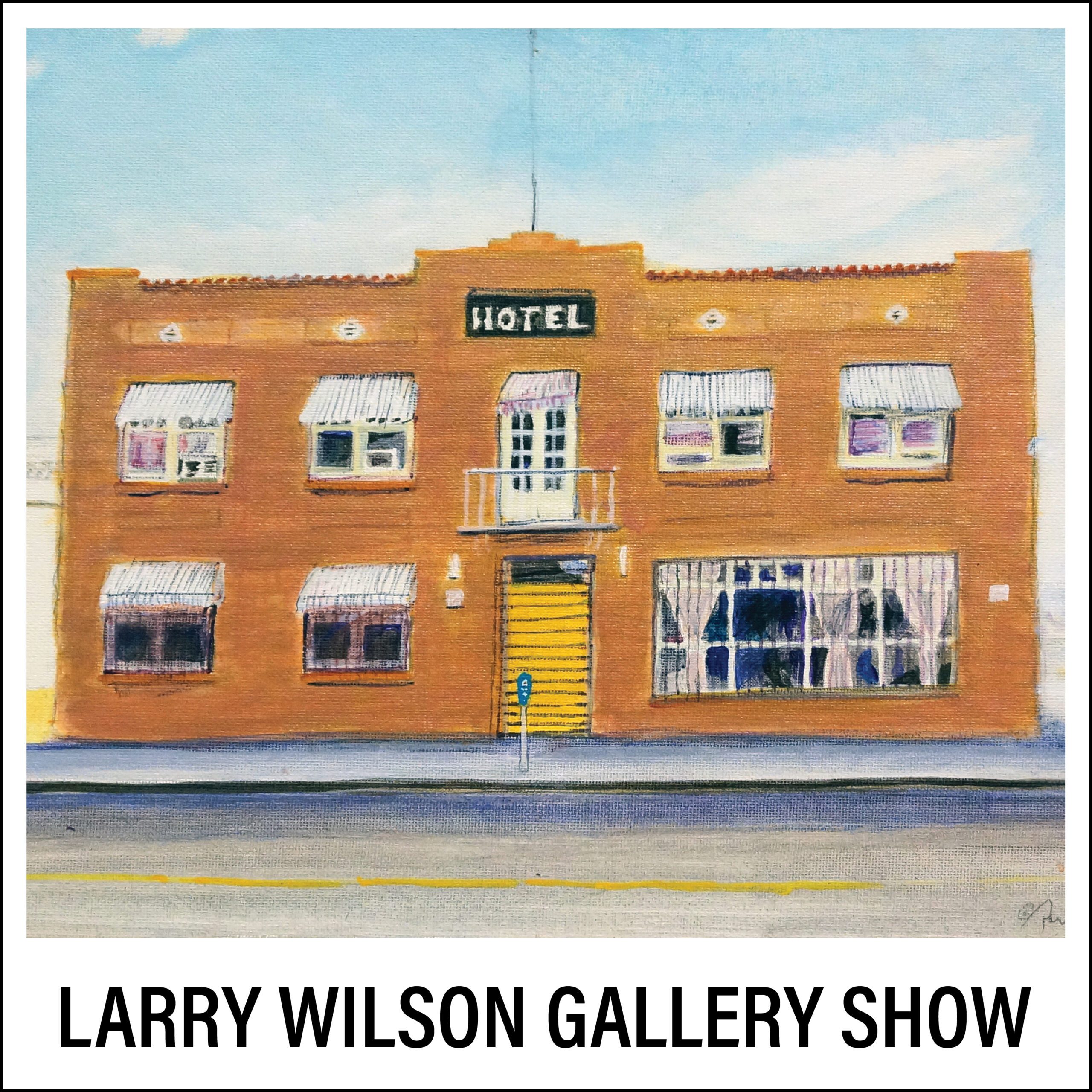 Celebrated downtown artist Gary Parsel is a visual historian that has captured the essence of the architecture and neighborhoods in Phoenix that are quickly being demolished and forgotten. He renders with dignity, the aesthetic of historic structures, that some have documented in photographs, only as an argument for razing them.

Constructed at Madison and First streets in 1928 to serve traveling businessmen, the hotel evolved to house low-income residents until closing around 2000. The hotel, along with the adjacent Madison Hotel, was purchased by Suns Legacy Partners, which demolished both buildings in 2012. However, the façade and lobby of the St. James Hotel were saved, only to be demolished for new VIP parking in August 2021.

Gallery access can also be made by appointment.
Call (602) 254-3100 or email info@phoenixcenterforthearts.org to request a viewing appointment.

Friday, May 6, 2022 from 7 to 9 p.m.
Join Phoenix Center for the Arts for the First Friday re-opening of the Larry Wilson Gallery with the show, “Captured Evanescence”. Meet the artist Gary Parsel and get to know the lost buildings of Phoenix through his beautiful canvases.

Guest Musical Artist Cathy Alonzo. Ms. Alonzo has performed and taught music for over 25 years. She is a member of The American String Teachers Association.

Gary Parsel was born in 1951 in Little Rock Arkansas, but spent his formative years in Springfield Illinois, where he developed an early fascination with interpreting the world around him. He has had a love of creating since his childhood.

After moving to Phoenix in 1965, he fell in love with the landscape and architecture. Even as he felt the constant pressures of his subjects’ inevitable demolition; birds, mountains, cacti, canals, highways and vintage architecture inspired the prolific artists plein air documentation of the large and small wonders around him.

Because Phoenix has little reverence for historic structures, in many cases Parsel’s paintings are the only tangible recording of what once existed. He captures history in a kind of storybook contrast between the massive, uninspired rectangles that comprise the current skyline and the bungalows and brick structures that once gave the city character. His work is not solely sentimental observations of the grandiose. He is also deliberate and conscientious in his renderings of humble structures as well.

He has been so prolific in fact that his 1920s bungalow studio could not hold all of his creations. Sculptures of dogs and loungers in his front yard became part of the neighborhood scenery along 7th Avenue, just South of McDowell. In recognition of his unique landscaping Parsel was the 2006 recipient of New Times Best Front Yard Award.

Gary has been a consistent presence in the downtown Phoenix Arts sphere long before it became marketed as the “Arts District”. In the mid-90s Gary was an active member of The Hub Collective. A diverse community of artists on Central Avenue that occupied the basement of the Hub building, which is now The Valley Bar.

For over a decade he served on the board directors of Artlink, investing not only his time but hours of physical labor to create “temporary galleries” for juried exhibitions in order to continue the tradition of Art Detour. Without knowing it, many local artists have been helped by Gary, because he made it possible for them to have a place to exhibit their work and become part of the larger Arts community.

His commitment to community is not confined to the Arts. Gary coached Clarendon Little League for over 30 years. Gary is respected and beloved by generations that he coached and encouraged.